I’m delighted to host today’s stop on the blog tour for The Smallest Thing by Lisa Manterfield, a modern day re-telling of the story of the so-called ‘plague village’ of Eyam. You can read my review of this interesting and thought-provoking story below.

You can read the reviews of all the other bloggers on the tour via the tour schedule here. 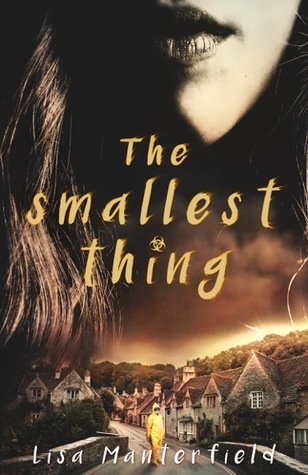 The very last thing 17-year-old Emmott Syddall wants is to turn out like her dad. She’s descended from ten generations who never left their dull English village, and there’s no way she’s going to waste a perfectly good life that way. She’s moving to London and she swears she is never coming back. But when the unexplained deaths of her neighbours force the government to quarantine the village, Em learns what it truly means to be trapped. Now, she must choose. Will she pursue her desire for freedom, at all costs, or do what’s best for the people she loves: her dad, her best friend Deb, and, to her surprise, the mysterious man in the HAZMAT suit? Inspired by the historical story of the plague village of Eyam, this contemporary tale of friendship, community, and impossible love weaves the horrors of recent news headlines with the intimate details of how it feels to become an adult – and fall in love – in the midst of tragedy.

Find The Smallest Thing on Goodreads

The Smallest Thing was a slow burner for me as, until a good way into the book, I struggled to engage with the main character, Emmott Sydall. I guess I just found it difficult to think back to how I was as a teenager (it was a while ago!), believing the universe revolved around me and my plans, and rebelling against any seeming constraint placed upon them.

Initially, the arrival of the mysterious illness in the village and the quarantining of its inhabitants is more irksome than anything else to Emmott. It’s just an obstacle in the way of her plans to escape what she perceives as the boredom of village life for the bright lights and excitement of London.  However, the author quite cleverly shows us how Emmott develops and matures as the book progresses, as the impact of the illness becomes more significant and, especially, as it comes closer to home.

As the illness makes its seemingly inexorable progress, it’s fear that is now the primary emotion provoking unrest and suspicion amongst the villagers and threatening the once solid community spirit of the village. A quiet village that used to welcome only day trippers is transformed into a place of isolation tents, military barricades and workers in HAZMAT suits.

Given the restrictions and the decontamination protocols that the inhabitants are urged to adopt, Emmott finds it difficult to understand her Dad’s need to continue his outreach work in the community, concerned about the risk to which it exposes them. Only towards the end of the book does Emmott come to appreciate how much a simple act – the smallest thing, in fact – can mean to another person at a time of crisis. Her friendship – and perhaps something more – with Aiden, one of the medical staff helping the stricken villagers, provides an example of self-sacrifice that will leave a lasting impression on Emmott and sustain her through the ordeal.

The book is inspired by the so-called ‘plague village’ of Eyam where in 1665, in response to an outbreak of the plague, the villagers voluntarily cut themselves off from the outside world in order to prevent the spread of the disease. As well as being based in Eyam, The Smallest Thing is peppered with references to locations in the actual village, such as Cucklett Delf, and to its real life inhabitants such as Emmott Syddall and Reverend Mompesson. Where it departs is that, in the modern day story, it is outside forces in the form of the authorities who impose the quarantine on the village rather than the villagers choosing to do so themselves.

I found the details of the isolation and containment procedures really convincing and the information about how a virus of this kind would spread, peak and then burn out was fascinating, if chilling. It certainly brought home how devastating an outbreak of an illness for which there is no known cure could be, triggering thoughts of the recent Ebola epidemic in West Africa.

I received a review copy courtesy of the author and Xpresso Tours in return for an honest and unbiased review. 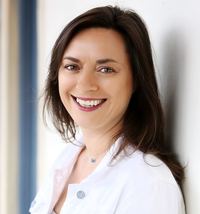 I’m Lisa Manterfield and I love telling stories. I’m a curious cat and I’m fascinated by human behaviour and what makes people tick. I love fish-out-of-water stories of ordinary people in extraordinary situations, especially if those situations delve into the unexplained. I love digging up nuggets of history—not the vast sweeping stories of events that changed the world, but the personal stories of people making their way through life while history happened around them. Like many of my characters, I grew up in the north of England. Although my hometown of Sheffield is a big city, I fell head-over-heels in love with the surrounding countryside and spent most of my early years outdoors. In school, I became my county’s orienteering champion, which means I was a whizz at navigating with a map and compass, and thrashing my way through mud and brambles.

These days, you’re more likely to find me riding my bike at the beach or running (slowly) the trails near my home in California. I’ve always loved adventure. My first expedition happened when I was two years old and I escaped through a gap in the fence around my family’s house. Ever since, I’ve loved exploring, whether that means heading into the woods for a hike, traveling to new countries, learning a new skill, or escaping into a great book. Some of my favorite adventures include hiking the Inca Trail in Peru, climbing a via ferrata in Italy, feeding a rhinoceros at the zoo, seeing elephants in the wild, performing in a play, teaching myself to play the bagpipes, learning to cook Indian food, canoeing down a river, and bicycling around Ireland.

Despite my love of adventure, most days you’ll find me in slippers, writing. In my house, I am the fixer of all things broken and guardian of the bathtub spiders. I’m lucky enough to share my home with my lovely husband, and Felicity, my seriously over-indulged (and very curious) cat.

2 thoughts on “Blog Tour/Review: The Smallest Thing by Lisa Manterfield”