A restrained week for purchases but there were a few incoming review copies to add to the existing pile. 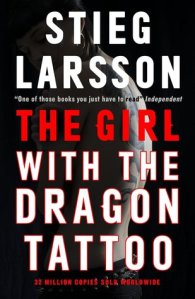 The Girl with the Dragon Tattoo by Stieg Larsson (ebook, free)

Mikael Blomkvist, a once-respected financial journalist, watches his professional life rapidly crumble around him. Prospects appear bleak until an unexpected (and unsettling) offer to resurrect his name is extended by an old-school titan of Swedish industry. The catch—and there’s always a catch—is that Blomkvist must first spend a year researching a mysterious disappearance that has remained unsolved for nearly four decades. With few other options, he accepts and enlists the help of investigator Lisbeth Salander, a misunderstood genius with a cache of authority issues. Little is as it seems in Larsson’s novel, but there is at least one constant: you really don’t want to mess with the girl with the dragon tattoo.

A Gentleman in Moscow by Amor Towles (ebook, Kindle deal)

On 21 June 1922 Count Alexander Rostov – recipient of the Order of Saint Andrew, member of the Jockey Club, Master of the Hunt – is escorted out of the Kremlin, across Red Square and through the elegant revolving doors of the Hotel Metropol. But instead of being taken to his usual suite, he is led to an attic room with a window the size of a chessboard. Deemed an unrepentant aristocrat by a Bolshevik tribunal, the Count has been sentenced to house arrest indefinitely. While Russia undergoes decades of tumultuous upheaval, the Count, stripped of the trappings that defined his life, is forced to question what makes us who we are. And with the assistance of a glamorous actress, a cantankerous chef and a very serious child, Rostov unexpectedly discovers a new understanding of both pleasure and purpose.

Rivals of the Republic by Annelise Freisenbruch (paperback, review copy courtesy of Duckworth)

In the absence of honourable men, who will defend Rome? The body of a Vestal Virgin is dragged out of the River Tiber… A senator bleeds to death in his bath…And as the authorities turn a blind eye, Hortensia, daughter of the capital’s most celebrated orator, feels compelled to investigate a trail of murders that lead to the dark heart of Rome. Flying in the face of her husband’s and father’s attempts to protect her, rebelling against the constraints imposed upon her sex, she is drawn ever deeper into the corrupt underworld that lurks in the shadows cast by the city’s all-powerful elite. When fires begin to rage in the slums and more key witnesses are silenced, only one man can save Hortensia from becoming the next victim of a conspiracy to destroy the Republic: Lucrio, the damaged ex-gladiator to whom she already owes her life. Then the secrets of his own tragic past threaten to subsume them both…

One woman battles the coming Dark Ages. Twilight Empress tells the little-known story of a remarkable woman: Placidia, sister to one of the last Roman Emperors. Roman Empress and Gothic Queen, Placidia does the unthinkable: she rules the failing Western Roman Empire. A life of ambition, power, and intrigue she doesn’t seek, but can’t refuse, her actions shape the face of Western Europe for centuries. A woman as well as an empress, Placidia suffers love, loss, and betrayal. Can her intelligence, tenacity, and ambition help her survive and triumph over scheming generals, rebellious children, and Attila the Hun? 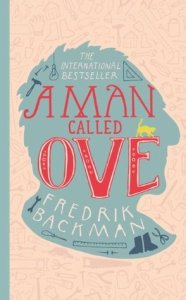 At first sight, he is almost certainly the grumpiest man you will ever meet. He thinks himself surrounded by idiots – neighbours who can’t reverse a trailer properly, joggers, shop assistants who talk in code, and the perpetrators of the vicious coup d’etat that ousted him as Chairman of the Residents’ Association. He will persist in making his daily inspection rounds of the local streets. But isn’t it rare, these days, to find such old-fashioned clarity of belief and deed? Such unswerving conviction about what the world should be, and a lifelong dedication to making it just so? In the end, you will see, there is something about Ove that is quite irresistible…

In the 1950s, movie star Louise Wilde is caught between an unfulfilling acting career and a shaky marriage when she receives an out-of-the-blue phone call: She has inherited the estate of Florence “Florrie” Daniels, a Hollywood screenwriter she barely recalls meeting. Among Florrie’s possessions are several unproduced screenplays, personal journals, and—inexplicably—old photographs of Louise’s mother, Ethel. On an impulse, Louise leaves a film shoot in Las Vegas and sets off for her father’s house on the East Coast, hoping for answers about the curious inheritance and, perhaps, about her own troubled marriage.

Nearly thirty years earlier, Florrie takes off on an adventure of her own, driving her Model T westward from New Jersey in pursuit of broader horizons. She has the promise of a Hollywood job and, in the passenger seat, Ethel, her best friend since childhood. Florrie will do anything for Ethel, who is desperate to reach Nevada in time to reconcile with her husband and reunite with her daughter. Ethel fears the loss of her marriage; Florrie, with long-held secrets confided only in her journal, fears its survival.

In parallel tales, the three women—Louise, Florrie, Ethel—discover that not all journeys follow a map. As they rediscover their carefree selves on the road, they learn that sometimes the paths we follow are shaped more by our traveling companions than by our destinations.

Monday – I took part in the book blitz for Fender by Brent Jones.

Tuesday – I took part in the blog tour for Path of Lucas: The Journey He Endured by Susanne Bellefeuille, an engaging and heart-warming story of one man’s life based inspired by the author’s own family history.

Wednesday –Wednesday is WWW Wednesday, where I and other book bloggers share what we’ve been reading, are currently reading and plan to read next. I also shared my Q&A with Neila Young, author of the cosy mystery Brewing Up Murder. We conversed about her book, its inspiration and the invaluable role of coffee in the writing process.

Thursday – The subject of my Throwback Thursday post was The Haunting of Hill House by Shirley Jackson. This is one of the books on my Classics Club Challenge list so it was great to have the motivation to actually tick something off the list for once. Terrific book, as well.

Friday –I reviewed The Scribe’s Daughter by Stephanie Churchill and, thanks to Stephanie, I was able to share a teaser of its sequel, The King’s Daughter. What’s more, to celebrate its publication on 1st September, I’m running a giveaway to win a ecopy (.mobi for Kindle) of The King’s Daughter. Still time to enter! 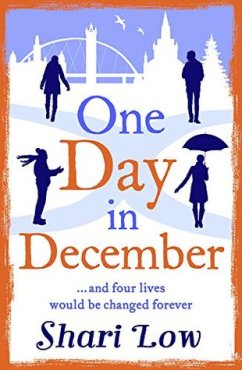 How was your week in books?  Literary sensation or remainder pile?

7 thoughts on “My Week in Books”