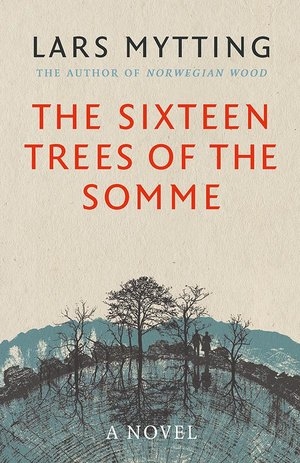 Edvard grows up on a remote mountain farmstead in Norway with his taciturn grandfather, Sverre. The death of his parents, when he was three years old, has always been shrouded in mystery – he has never been told how or where it took place and has only a distant memory of his mother.  But he knows that the fate of his grandfather’s brother, Einar, is somehow bound up with this mystery. One day a coffin is delivered for his grandfather long before his death – a meticulous, beautiful piece of craftsmanship. Perhaps Einar is not dead after all. Edvard’s desperate quest to unlock the family’s tragic secrets takes him on a long journey – from Norway to the Shetlands, and to the battlefields of France – to the discovery of a very unusual inheritance. The Sixteen Trees of the Somme is about the love of wood and finding your own self, a beautifully intricate and moving tale that spans an entire century. (Translated from the Norwegian by Paul Russell Garrett.)

Find The Sixteen Trees of the Somme on Goodreads

The death of Edvard’s grandfather, Bestefar, and the facts that come to light as a result, change everything for Edvard. They see him embark on a journey that will take him away from the isolated Nowegian farm where he has grown up to the Shetlands and France as he searches for the truth about the cause of his parents’ death and the four days afterwards when he was missing. It also stirs up vague fragments of memories – a scent, the sound of a voice, the texture of a fabric, a discarded toy – that don’t make any sense but convince Edvard that he needs to find out more about his parents’ death.

‘Because there was something about Mamma and Pappa’s story that was stirring, quietly, like a viper in the grass.’

As is often the case when unearthing secrets from the past, Edvard is forced to confront unwelcome possibilities and make agonising choices. Edvard’s search reaches back in time to WW1 and WW2, bringing to light painful facts from the past – death, injury, separation and betrayal – but also revealing stories of courage, determination and devotion.  It provokes questions such as whether it is better sometimes not to know the truth, to be careful what you wish for, that actions have consequences even if unintended, and the fulfilment you seek may be closer to home than you think.

I found the story absolutely enthralling and I loved the fantastic sense of place created in each location. From the author’s beautiful, heartfelt descriptions, I felt as if I could look out my own window and see the farm in Norway laid out before me.

‘Redcurrant bushes dense with berries, the flag-stoned path leading to the swimming hole at the river, the creek which cut through the potato fields and disappeared from sight behind the barn. The fruit trees, the pea pods that dangled like half moons when we got close to them, so plentiful that we could fill up on them without taking a step. The dark-blue fruit of the plum trees, the sagging raspberry bushes just waiting for us to quickly fill two small plates and fetch some caster sugar and cream.’

In particular, I loved the way the author captured the remote beauty of the Shetlands and the sense of a community where everyone knows what goes on, who’s arrived on the ferry, whose car has just passed them on the road. The author roots the various parts of the story each in their distinct time, in particular, using popular music as the background to Edvard’s journey. (I get the impression the author is a bit of a music fan, perhaps attracted at some point in his life to a girl by the way she browses in a record shop.)

At times, Edvard feels as if he has come to a dead-end in his search but still he continues searching for clues, motivated by curiosity but also by a sense of obligation to the dead – those known to him and those victims of two world wars unknown to him: ‘I wanted to be someone the dead could rely on.’

As the author of the left-field hit, Norwegian Wood: Chopping, Stacking and Drying Wood the Scandinavian Way (now also an activity book), it’s no surprise that wood is at the heart of the story. It is part of the plot in a number of ways – in fact, more and more ways as the story progresses – but it is also celebrated in the book for its form, history and beauty. Similarly, there is real regard for the craftsmanship that can fashion a piece of wood into an object of beauty, utility or religious symbolism.

The Sixteen Trees of the Somme has a compelling, enthralling story line with wonderfully atmospheric settings and well-developed characters. I was completely immersed in Edvard’s search for the truth about his parents’ death; like him, all the time fearing the dark secrets he might uncover but compelled to find out nonetheless.   A fantastic book, highly recommended.

I received an advance reader copy courtesy of NetGalley and publishers Quercus Books/MacLehose Press in return for an honest review. 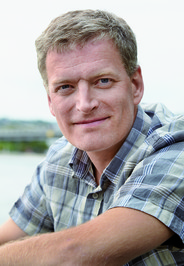 Lars Mytting, a novelist and journalist, was born in Fåvang, Norway, in 1968. His novel The Sixteen Trees of the Somme was awarded the Norwegian National Booksellers’ Award and has been bought for film. Norwegian Wood: Chopping, Stacking and Drying Wood the Scandinavian Way has become an international bestseller and was the Bookseller Industry Awards Non-Fiction Book of the Year 2016.

4 thoughts on “Book Review: The Sixteen Trees of the Somme by Lars Mytting”