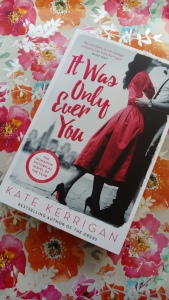 Patrick Murphy has charm to burn and a singing voice to die for. Many people will recognise his talent. Many women will love him. Rose, the sweetheart he leaves behind in Ireland, can never forget him and will move heaven and earth to find him again, long after he has married another woman. Ava, the heiress with no self-confidence except on the dance floor, falls under his spell. And tough Sheila Klein, orphaned by the Holocaust and hungry for success as a music manager, she will be ruthless in her determination to unlock his extraordinary star quality. But in the end, Patrick Murphy’s heart belongs to only one of them. Which one will it be?

Winter 1888. At a private asylum in the English countryside, a man suspected of being Jack the Ripper kills an orderly and flees into the rain-soaked night. His distraught keepers summon the Lady Vivienne Cumberland—who’s interviewed their patient and isn’t sure he’s a man at all. An enigmatic woman who guards her own secrets closely, Lady Vivienne knows a creature from the underworld when she sees one. And he’s the most dangerous she’s ever encountered. As Jack rampages through London, this time targeting rare book collectors, Lady Vivienne begins to suspect what he’s looking for. And if he finds it, the doors to purgatory will be thrown wide open…

Across the Atlantic, an archaeologist is brutally murdered after a Christmas Eve gala at the American Museum of Natural History. Certain peculiar aspects of the crime attract the interest of the Society for Psychical Research and its newest investigator, Harrison Fearing Pell. Is Dr. Julius Sabelline’s death related to his recent dig in Alexandria? Or is the motive something darker? As Harry uncovers troubling connections to a serial murder case she’d believed was definitively solved, two mysteries converge amid the grit and glamor of Gilded Age New York. Harry and Lady Vivienne must join forces to stop an ancient evil. The key is something called the Thirteenth Gate. But where is it? And more importantly, who will find it first?

The Other Twin by L V Hay (review copy)

When India falls to her death from a bridge over a railway, her sister Poppy returns home to Brighton for the first time in years. Unconvinced by official explanations, Poppy begins her own investigation into India’s death. But the deeper she digs, the closer she comes to uncovering deeply buried secrets. Could Matthew Temple, the boyfriend she abandoned, be involved? And what of his powerful and wealthy parents, and his twin sister, Ana? Enter the mysterious and ethereal Jenny: the girl Poppy discovers after hacking into India’s laptop. What is exactly is she hiding, and what did India find out about her? Taking the reader on a breathless ride through the winding lanes of Brighton, into its vibrant party scene and inside the homes of its well-heeled families, The Other Twin is a startling and up-to-the-minute thriller about the social-media world, where resentments and accusations are played out online, where identities are made and remade, and where there is no such thing as truth. 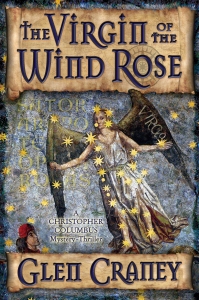 While investigating the murder of an American missionary in Ethiopia, rookie State Department lawyer Jaqueline Quartermane stumbles upon the infamous Templar Word Square, an ancient Latin puzzle that has eluded scholars for centuries. To her horror, she soon discovers the palindrome has been embedded with a cryptographic time bomb. Separated by half a millennium, two global conspiracies dovetail in this historical mystery-thriller to expose the world’s most explosive secret: the real identity and mission of Christopher Columbus.

My verdict: The Da Vinci Code meets Raiders of the Lost Ark in 15th century Portugal!

The Room by the Lake by Emma Dibdin (eARC)

When Caitlin moved from London to New York, she thought she had left her problems behind: her alcoholic father, her dead mother, the pressure to succeed. But now, down to her last dollar in a foreign city, she is desperately lonely. Then she meets Jake. Handsome, smart, slightly damaged Jake. He lives off-grid, in a lakeside commune whose members practise regular exercise and frequent group therapy. Before long, Caitlin has settled into her idyllic new home. It looks like she has found the fresh start she longed for. But, as the commune tightens its grip on her freedom and her sanity, Caitlin realizes too late that she might become lost forever… 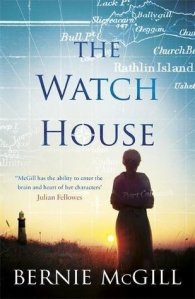 As the twentieth century dawns on the island of Rathlin, a place ravaged by storms and haunted by past tragedies, Nuala Byrne is faced with a difficult decision. Abandoned by her family for the new world, she receives a proposal from the island’s aging tailor. For the price of a roof over her head, she accepts. Meanwhile the island is alive with gossip about the strangers who have arrived from the mainland, armed with mysterious equipment which can reportedly steal a person’s words and transmit them through thin air. When Nuala is sent to cook for these men – engineers, who have been sent to Rathlin by Marconi to conduct experiments in the use of wireless telegraphy – she encounters an Italian named Gabriel, who offers her the chance to equip herself with new skills and knowledge. As her friendship with Gabriel opens up horizons beyond the rocky and treacherous cliffs of her island home, Nuala begins to realise that her deal with the tailor was a bargain she should never have struck.

My verdict: If you loved Hannah Kent’s The Good People, you’ll adore this (review to follow soon)

Edvard grows up on a remote mountain farmstead in Norway with his taciturn grandfather, Sverre. The death of his parents, when he was three years old, has always been shrouded in mystery – he has never been told how or where it took place and has only a distant memory of his mother. But he knows that the fate of his grandfather’s brother, Einar, is somehow bound up with this mystery. One day a coffin is delivered for his grandfather long before his death – a meticulous, beautiful piece of craftsmanship. Perhaps Einar is not dead after all. Edvard’s desperate quest to unlock the family’s tragic secrets takes him on a long journey – from Norway to the Shetlands, and to the battlefields of France – to the discovery of a very unusual inheritance. The Sixteen Trees of the Somme is about the love of wood and finding your own self, a beautifully intricate and moving tale that spans an entire century.

In Shadowland by Timothy Ashby (review copy courtesy of the author)