Another week of (relative) self-restraint…

After years spent living on the run, Samuel Hawley moves with his teenage daughter Loo to Olympus, Massachusetts. There, in his late wife’s hometown, Hawley finds work as a fisherman, while Loo struggles to fit in at school and grows curious about her mother’s mysterious death. Haunting them both are twelve scars Hawley carries on his body, from twelve bullets in his criminal past – a past that eventually spills over into his daughter’s present, until together they must face a reckoning yet to come. Both a coming of age novel and a literary thriller, The Twelve Lives of Samuel Hawley explores what it means to be a hero, and the price we pay to protect the people we love most. 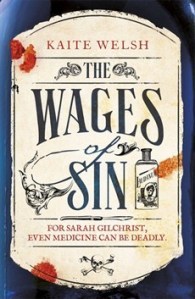 The Wages of Sin by Kaite Welsh (eARC, NetGalley)

Sarah Gilchrist has fled London and a troubled past to join the University of Edinburgh’s medical school in 1882, the first year it admits women. She is determined to become a doctor despite the misgivings of her family and society, but Sarah quickly finds plenty of barriers at school itself: professors who refuse to teach their new pupils, male students determined to force out their female counterparts, and—perhaps worst of all—her female peers who will do anything to avoid being associated with a fallen woman. Desperate for a proper education, Sarah turns to one of the city’s ramshackle charitable hospitals for additional training. The St Giles’ Infirmary for Women ministers to the downtrodden and drunk, the thieves and whores with nowhere else to go. In this environment, alongside a group of smart and tough teachers, Sarah gets quite an education. But when Lucy, one of Sarah’s patients, turns up in the university dissecting room as a battered corpse, Sarah finds herself drawn into a murky underworld of bribery, brothels, and body snatchers. Painfully aware of just how little separates her own life from that of her former patient’s, Sarah is determined to find out what happened to Lucy and bring those responsible for her death to justice. But as she searches for answers in Edinburgh’s dank alleyways, bawdy houses and fight clubs, Sarah comes closer and closer to uncovering one of Edinburgh’s most lucrative trades, and, in doing so, puts her own life at risk… 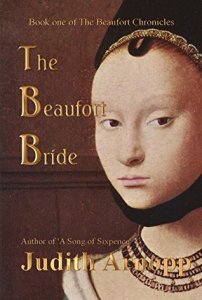 As King Henry VI slips into insanity and the realm of England teeters on the brink of civil war, a child is married to the mad king’s brother. Edmund Tudor, Earl of Richmond, takes his child bride into Wales where she discovers a land of strife and strangers. At Caldicot Castle and Lamphey Palace Margaret must put aside childhood, acquire the dignity of a Countess and, despite her tender years, produce Richmond with a son and heir.

While Edmund battles to restore the king’s peace, Margaret quietly supports his quest; but it is a quest fraught with danger. As the friction between York and Lancaster intensifies 14-year-old Margaret, now widowed, turns for protection to her brother-in-law, Jasper Tudor. At his stronghold in Pembroke, two months after her husband’s death, Margaret gives birth to a son whom she names Henry, after her cousin the king.  Margaret is small of stature but her tiny frame conceals a fierce and loyal heart and a determination that will not falter until her son’s destiny as the king of England is secured. 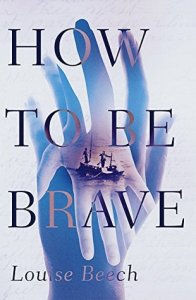 How To Be Brave by Louise Beech (ebook, 99p)

All the stories died that morning … until we found the one we’d always known. When nine-year-old Rose is diagnosed with a life-threatening illness, Natalie must use her imagination to keep her daughter alive. They begin dreaming about and seeing a man in a brown suit who feels hauntingly familiar, a man who has something for them. Through the magic of storytelling, Natalie and Rose are transported to the Atlantic Ocean in 1943, to a lifeboat, where an ancestor survived for fifty days before being rescued. Poignant, beautifully written and tenderly told, How To Be Brave weaves together the contemporary story of a mother battling to save her child’s life with an extraordinary true account of bravery and a fight for survival in the Second World War. A simply unforgettable debut that celebrates the power of words, the redemptive energy of a mother’s love… and what it really means to be brave.

Jane Chandler is an apprentice healer. From childhood, she and her mother have used herbs to cure the sick. But Jane will soon learn that her sheltered life in a small village is not safe from the troubles of the wider world.

From his father’s beatings to his uncle’s raging sermons, John Sharpe’s life has been one of suffering and endurance. Fighting though personal tragedy, he finds his purpose: to become a witch-finder and save innocents from the scourge of witchcraft.  Inspired by true events, Widdershins tells the story of the women who were persecuted and the men who condemned them.

On Wednesday, as part of the Blog Tour, I published my review of the Nordic Noir crime thriller, Faithless by Kjell Ola Dahl.    On Thursday, it was another Blog Tour review, this time of the historical romance, Duels & Deception by Cindy Anstey.  Friday saw my review of a book I read a while ago thanks to NetGalley, Miss Boston and Miss Hargreaves by Rachel Malik. I really loved this debut novel; a tender, emotional drama that starts in World War 2 and charts the life together of two women.

Reviews to be added to NetGalley

How was your week in books?  Page-turning thriller or slow burner?

One thought on “My Week in Books”