Here’s my pick of the books I read in February: 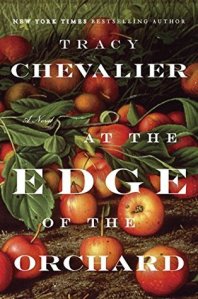 At the Edge of the Orchard by Tracy Chevalier

Set between the years 1936 and 1858, this tale powerfully brings to life the daily struggle to eke out an existence in the American West through the experiences of one family.    ‘We weren’t livin with the land, but alive despite it. Cause it wanted to kill us every chance it got, either the skeeters or the fever or the mud or the damp or the heat or the cold.’  By turns tragic and heart-warming, I was totally immersed in the story by the end.  Click here to read my full review. 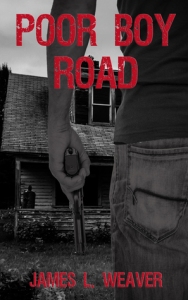 As a mob enforcer, Jake Caldwell is in the business of breaking kneecaps and snapping bones. But each job sends him one step closer to turning into the man he swore he’d never become – his violent and abusive father. Leaving the mob is easier said than done. When his boss offers a bloody way out, Jake has no choice but to take it, even if it means confronting ghosts of old. An entertaining action/thriller with an engaging protagonist who, despite his dubious past exploits, gains the sympathy of the reader.  The next in the series, Ares Road, is published shortly.  Click here to read my review of Poor Boy Road. 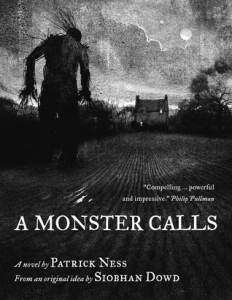 A Monster Calls by Patrick Ness

‘The monster showed up just after midnight.  As they do.’  But it isn’t the monster Conor’s been expecting. He’s been expecting the one from his nightmare, the one he’s had nearly every night since his mother started her treatments, the one with the darkness and the wind and the screaming…  This monster is something different, though. Something ancient, something wild. And it wants the most dangerous thing of all from Conor.It wants the truth.

Beautifully illustrated, it is by turns unbearably sad and emotionally uplifting.  A wonderful book. 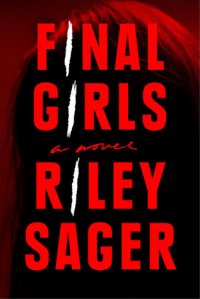 Not published until July, this is a terrific psychological thriller with more twists than a corkscrew.

Ten years ago, college student Quincy Carpenter went on vacation with five friends and came back alone, the only survivor of a horror movie–scale massacre. In an instant, she became a member of a club no one wants to belong to—a group of similar survivors known in the press as the Final Girls.  Quincy’s memory won’t even allow her to recall the events of that night; the past is in the past.   That is, until Lisa, the first Final Girl, is found dead in her bathtub, wrists slit, and Sam, the second, appears on Quincy’s doorstep.  Now her  life becomes a race against time as she tries to evade the police and hungry reporters, and, most crucially, remember what really happened at Pine Cottage. 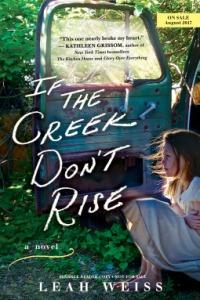 If the Creek Don’t Rise by Leah Weiss

This debut novel isn’t published until August but look out for it because I think it’s going to be big.  I was blown away by the story, the different narrative voices and quality of the writing.  My read of the month.

In a North Carolina mountain town filled with moonshine and rotten husbands, Sadie Blue is only the latest girl to face a dead-end future at the mercy of a dangerous drunk. She’s been married to Roy Tupkin for fifteen days, and she knows now that she should have listened to the folks who said he was trouble. But when a stranger sweeps in and knocks the world off-kilter for everyone in town, Sadie begins to think there might be more to life than being Roy’s wife.  As stark and magnificent as Appalachia itself, If the Creek Don’t Rise is a bold and beautifully layered debut about a dusty, desperate town finding the inner strength it needs to outrun its demons. The folks of Baines Creek will take you deep into the mountains with heart, honesty, and homegrown grit.

Have you read any of these?  What books did you love last month?